A truckload full of pigs rolled over around the corner from the slaughterhouse in Burlington this morning. The incident resulted in runaway pigs and moral debate online. The scene was peppered with pigs running loose, slaughterhouse staff ushering the livestock to a safe holding area, and protesters and animal activists who wanted to free those pigs.

And here’s a photo. A truck has flipped over with pigs now running around in Burlington. EB Harvester near Appleby Line closed. #oinkescape pic.twitter.com/TsyJtNVQUT 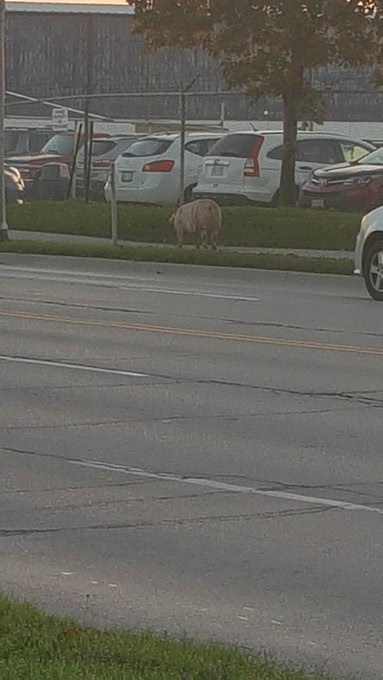 Aside from the obvious moral tug of war going on about the fate of the pigs and the ethics of eating them, there is the looming challenge of clean up that needs to be addressed…