Welcome to WordPress. This is your first post. Edit or delete it, then start writing!

ExpoCam, the premiere transportation and trucking event of the year. From April 20 – 22 at Place Bonaventure, Montreal, the usual fare awaited excited products manufacturers, truck and trailer dealers, transportation companies and truck drivers who took the time to attend the event and take in the sights and sounds. 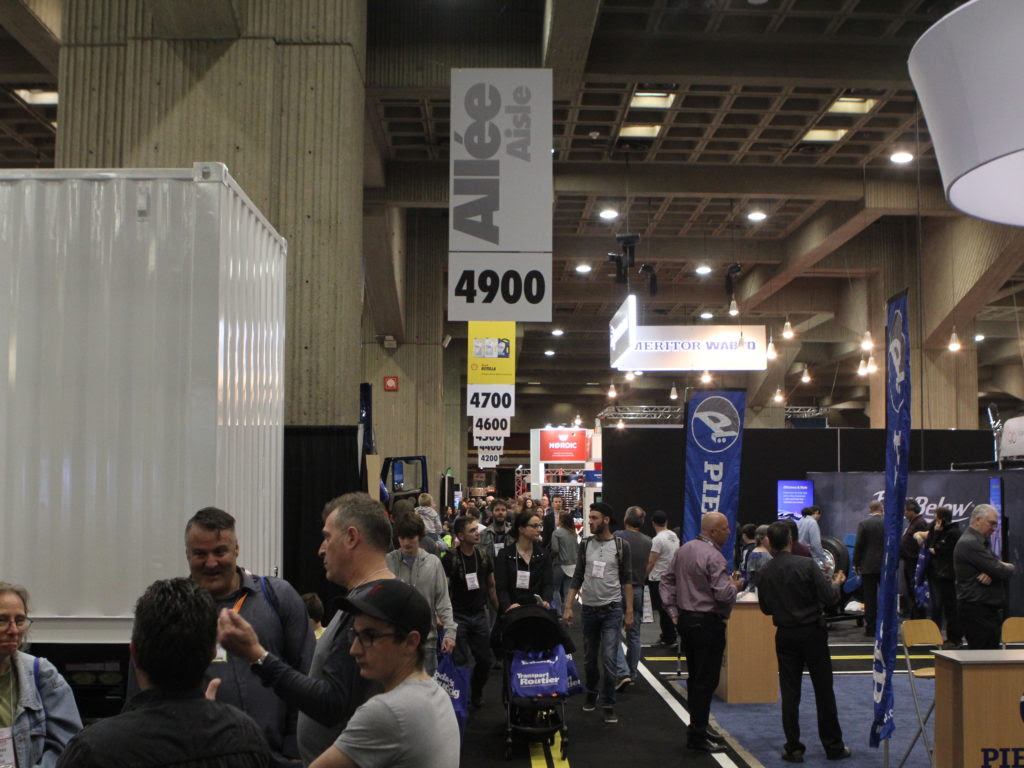 Volvo unveiled its latest VNR models on Day 1 of the event at a press conference right on site of the ExpoCam event. The shiny grey model stood for all three days with its hood up and its engine exposed for all to see. 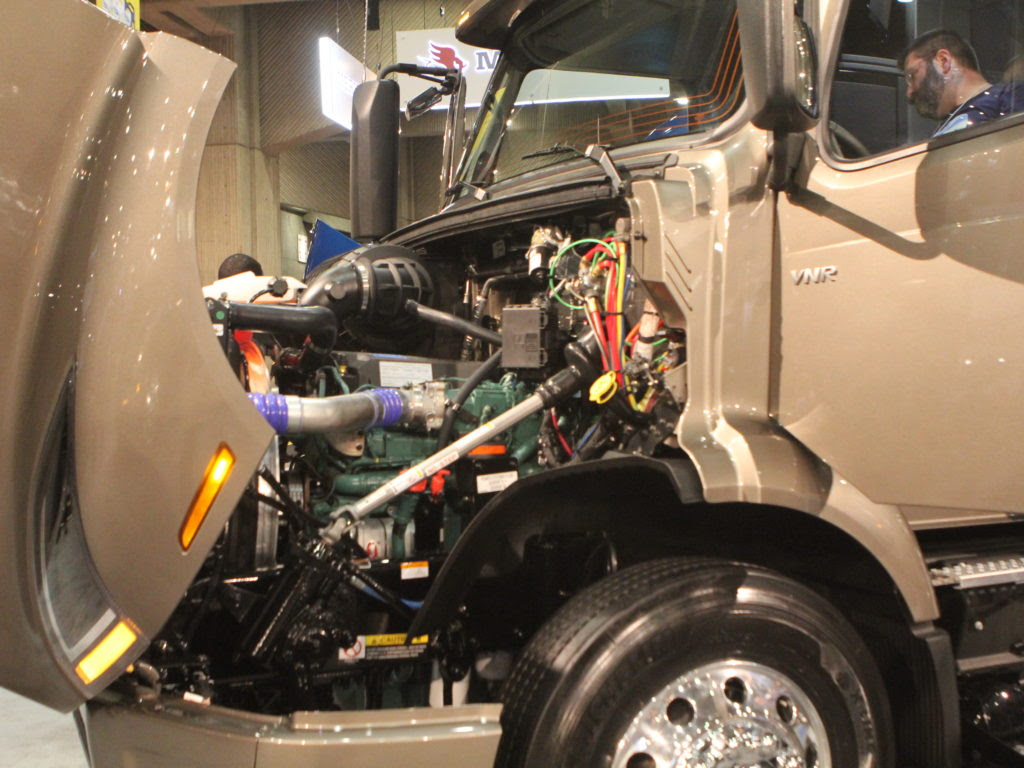 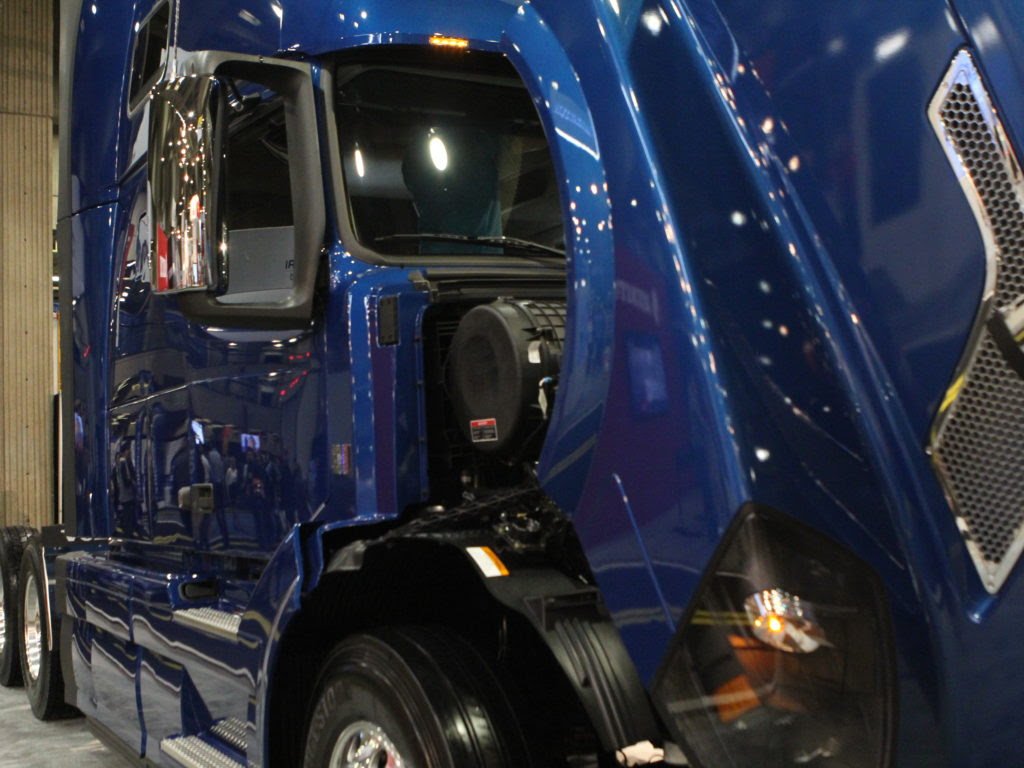 “Volvo achieved a 113-inch bumper-to-back-of-cab (BBC) measurement, while adding four more inches of corner visibility, due to the new hood. The 3.5% fuel efficiency improvement is due in part to the more aerodynamic design, but also enhancements to Volvo’s D-series engines. Long said the D11, which is now available with up to 425 hp, will be a popular option in the new VNR. It provides customers with about 365 lbs in weight savings compared to a 13-liter. Design improvements have taken about 175 lbs out of the truck. The VNR shown at ExpoCam weighed in at 14,500 lbs, dry. 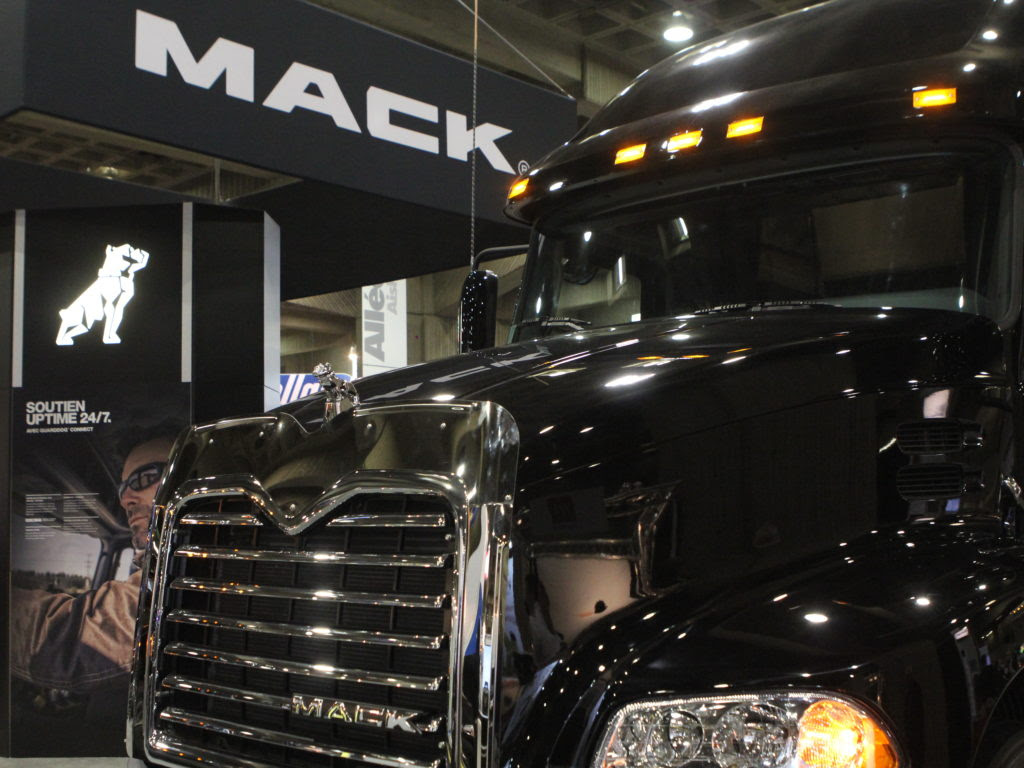 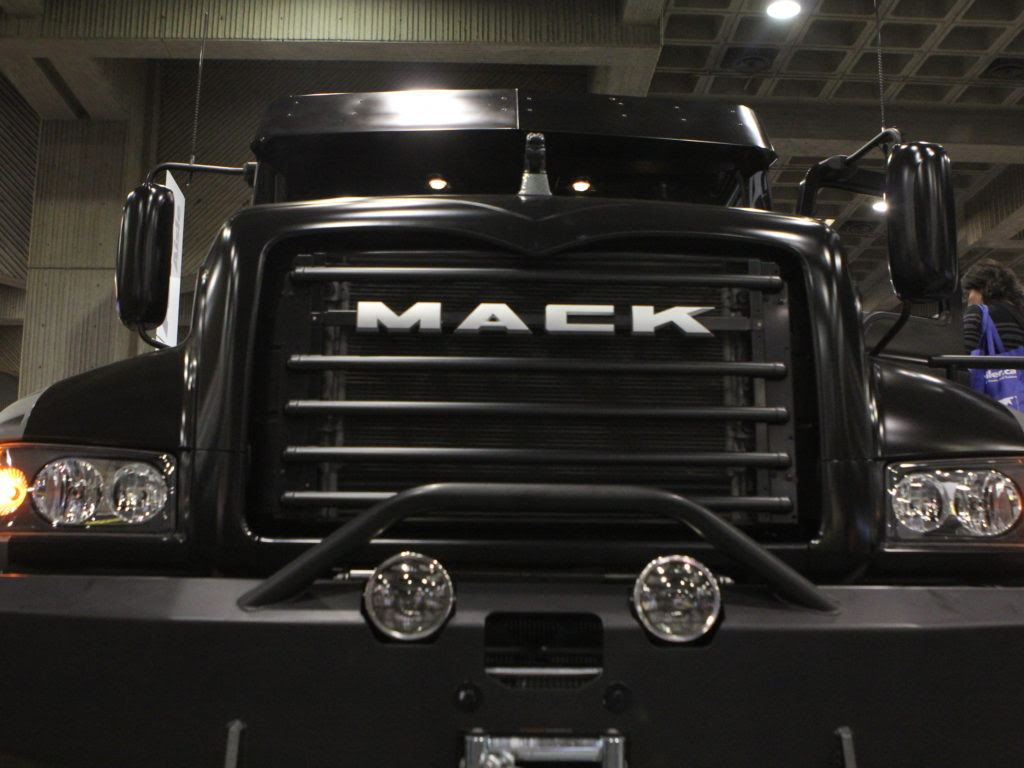 Western Star hit its 50th Anniversary and its featured vehicles were painted with feathers as an homage to its original predecessors’ paint-jobs. 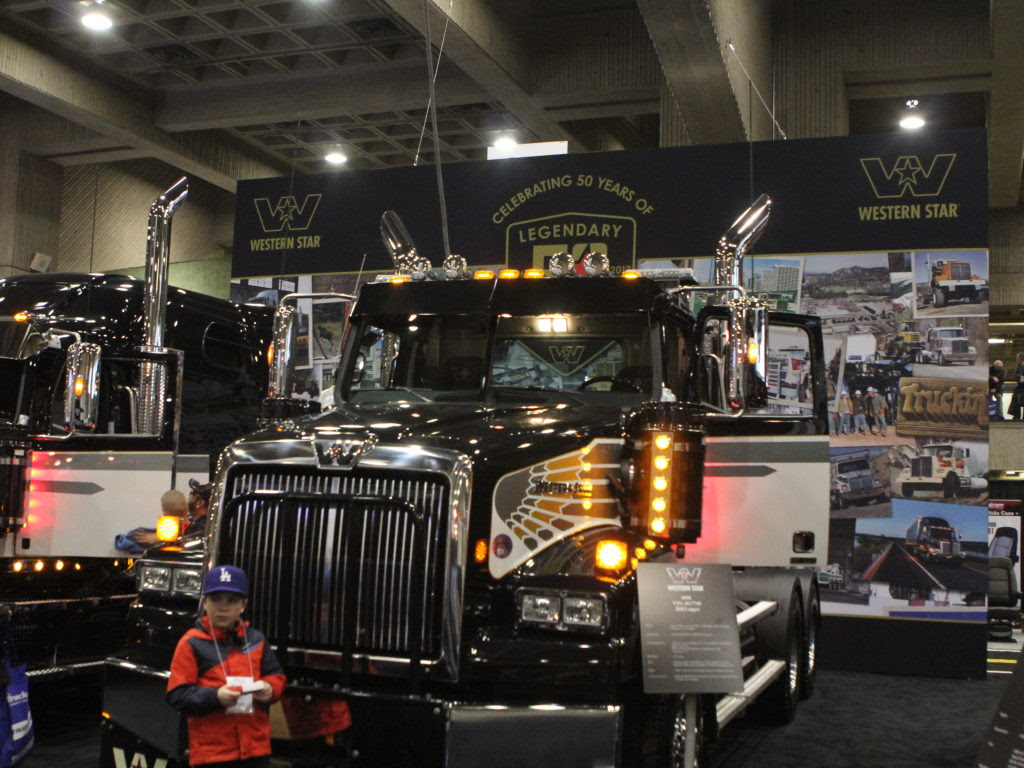 Of course Caravan Group of Companies attended as an Exhibitor at ExpoCam and shared in the semi-annual event alongside the usual suspects. A great time was had by all. Thank you et Merci ExpoCam! We’ll see each other again in 2019. 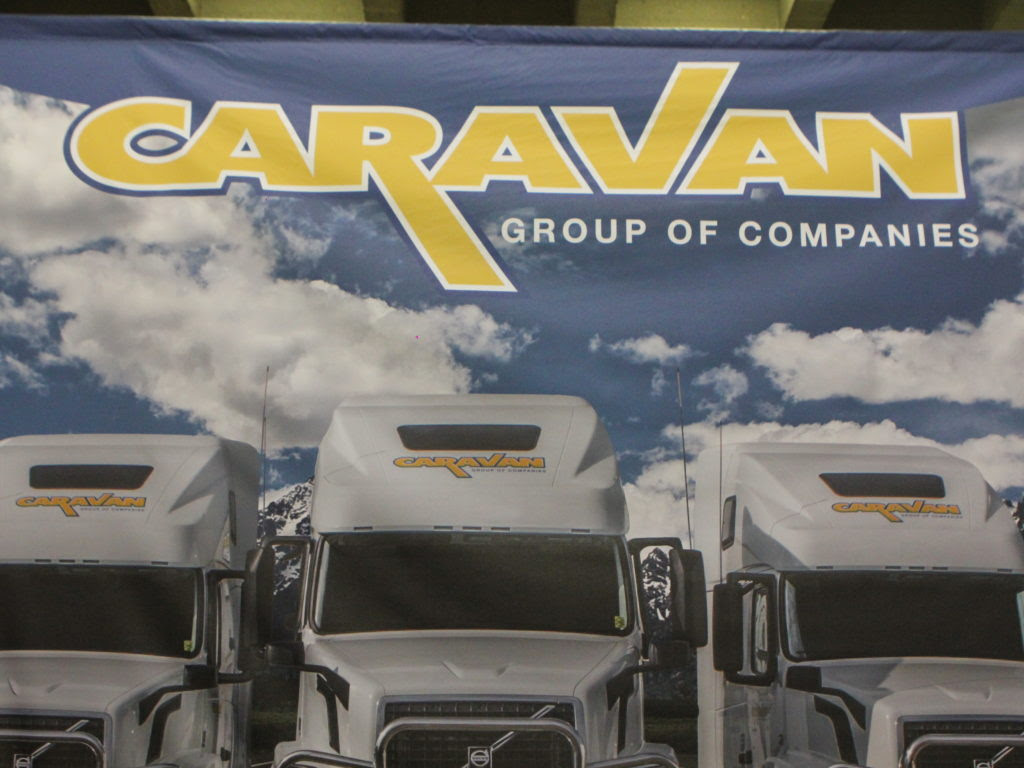